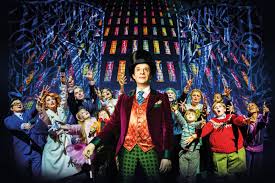 Never one to let a potential theatre jaunt slip by, I took the opportunity of a work meeting on London for an impromptu trip out. I had studied the theatre listings, and was heading to the half price booth in Leicester Square to see what I could pick up for that night, but to be honest I fancied something light and entertaining, and having recently revisited some of the Roald Dahl books, I thought it would be fun to see how Charlie had been adapted into a stage musical. One discounted top price ticket later (thank you box office) I was all set.

On arriving back at the theatre at showtime the first thing that hits you is the overwhelming smell of sugar. They really take every opportunity to sugar load the younger members of the audience but it does make it very easy to get served at the bar! And the Theatre Royal itself is beautiful. Part of the Really Useful group, it has had large amounts spent on its restoration and the receiving areas are stunning. 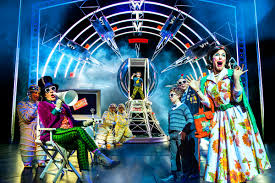 The musical itself was great fun. Very innovatively staged with lots of clever tricks and effects and a brilliant set. It starts quite slowly, with lots of focus on the Bucket family’s home life. The scenes where the TV broadcasts of the golden ticket winners happened were excellent, I have no idea how they switched those sets so quickly. And the various ways they realised the Oompa-Loompas were really fun. The production has plenty of magic and energy to keep both young and young at heart engaged, but still keeps the darker and more cynical elements of the book. Jonathan Slinger as Willy Wonka was excellent and brought a new side to the character, very controlled and measured, fun, but at times with quite an unsettling air. 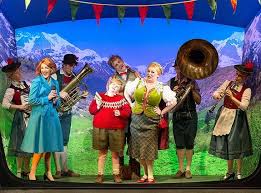 All the performances were excellent, from both the adult cast and the Golden Ticket winners, however there is one element of the staging that began to grate and did a disservice to the younger cast members - the music is so over amplified that in the livelier numbers their voices just can’t compete and you cannot make out the words. Mike Teavee in particular was totally drowned out throughout his big number and many of the other kids were at times too.  The kids in the audience wouldn’t care, the spectacle was enough for them, but where you have a witty musical I want to hear what the Lyricist has written so I found this frustrating, especially in the first half.

Don’t go to this expecting to see the film on stage, only one song, ‘Pure Imagination’ is used, and at a totally different place to great effect, that was the point at which most of the older audience members welled up! But the musical is very close to the book with a few tweaks, and captures the tone well. All in all it is a big old slice of fun and magical entertainment that’s not just for kids.
Posted by Alison at 12:59