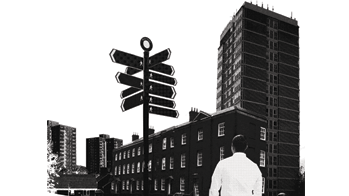 The 24:7 Theatre Festival turns ten this year, and in tribute I am on a mission to see all ten original plays and blog about them. This week I've spent every lunch hour at the theatre, and quite a few after work outings too, but I'm on track so far!

Today's lunchtime session was to see Pass, by new writer Naomi Sumner which focuses on three characters, Jake (Ethan Rogers) a schoolboy studying furiously for his mocks with a hope of going to college and building a better life for himself away from the Manchester estate he has grown up in, his girlfriend Maddie (Natasha Davidson) whose only ambition is to get married to Jake and settle down at any cost, and idealistic young teacher Louise (Johanna Hilton) who tries to help Jake realise his potential.

If I'm honest, I found this play to be somewhat predictable and cliched. There was no real complexity to the characters, and I found it hard to invest in them or care about the outcome. Some of the characters' actions and reactions to events seemed emotionally flat and unrealistic.

The idea of exploring actions and consequences and the folly of youth was an interesting one, and there were elements of the writing and performance that showed promise, but for me it didn't quite come off here and isn't a play that will stick in my memory I'm afraid.
Posted by Alison at 15:00