The Ones That Got Away - Part Three

Too Clever By Half, Royal Exchange - this production was brought to the theatre by Told By An Idiot, and redefined the word madcap. It did take a little while to get into its stride, but when it did it was excellent. Oh and there was a bear. Who appears to have refused to leave the Exchange, he spent the summer sporting a high vis jacket and a hard hat in the foyer, and he now greets you as you enter the foyer from Cross Street and is proving quite the photo opportunity!

Seaside Special, Cromer Pavilion Theatre - seaside holiday time and, of course, a visit to the see the good old fashioned variety entertainment Seaside Special. Shows like this, and traditions like this should be celebrated and invested in. The horrendous weather recently did it's best to wash this gorgeous theatre into the sea, yet everyone pulled together to repair the damage to the pier and the theatre so that ‘the show could go on’ with only a few days break. Good on you Norfolk! 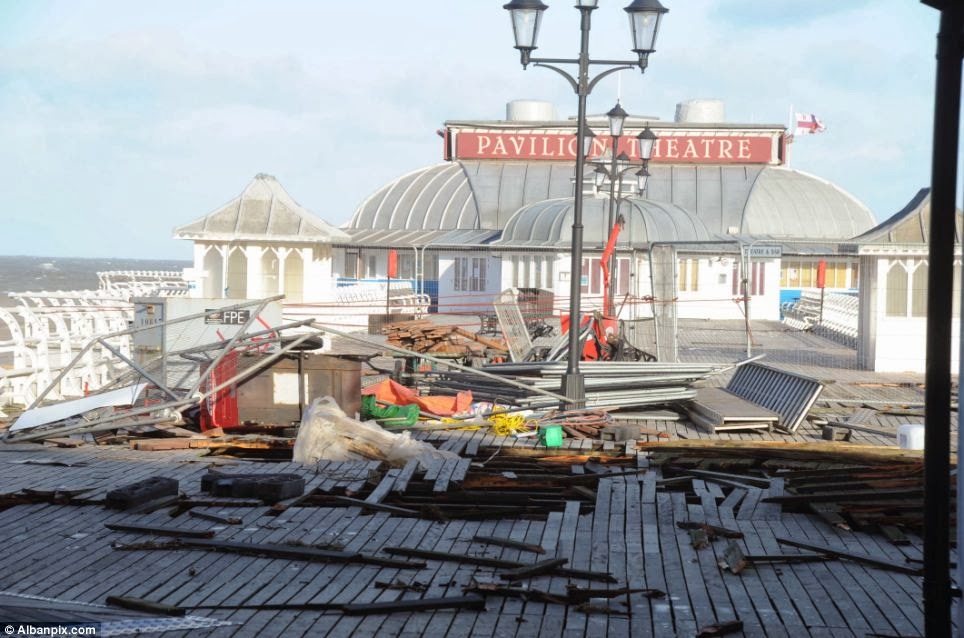 People by Alan Bennett,  Lowry Theatre - touring production of a new Bennett play starring Sian Phillips as a lady living in faded grandeur in a country pile with her faithful pal Iris played by Brigitte Forsyth, and trying various avenues , including hosting a dubious film shooting, to allow her to stay undisturbed by 'people’. Fantastic cast and really clever and wryly amusing play that takes very acerbic swipes at a number of elements of the establishment, most especially the National Trust. And one of the most impressive sets and stage transformations I have seen.

The Mousetrap, Buxton Opera House – The long running whodunit celebrated its Diamond anniversary with its first ever tour which is actually continuing into 2014. It had all the classic elements – a murder, a house cut off by snow, more red herrings than you could shake a stick at. Each member of our party had a different prime suspect by the interval and as far as I remember we were all wrong!