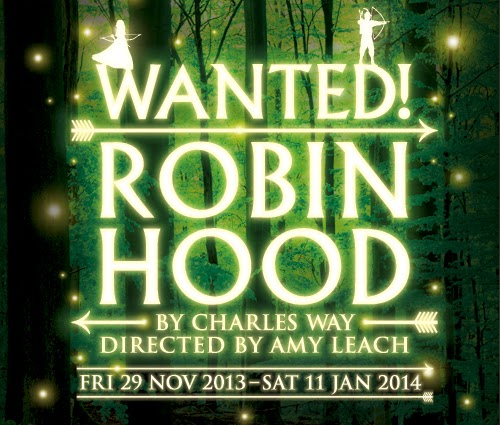 After being enchanted by last year’s Library Theatre Company production of Arabian Nights, it was decided another Christmas trip to the Lowry was required to visit Wanted: Robin Hood. I have to say after last year’s magical show, this wasn't quite what I was expecting!


The first act is quite slow in places, at times a bit disjointed, and a lot darker than I was anticipating. After someone is stabbed and killed at the front of the stage I did worry that we were going to scar the kids in our party for life, but in the interval the ten year old declared it great, although the 7 year old didn't seem quite so sure!

Thankfully, there is also plenty of exciting action and comedy, especially when the Merry Men are around, a very feisty Marion (Amelia Donkor) who I really wouldn't want to get on the wrong side of, and a good old baddie, Fitzwarren (Emilio Doorgasingh) who made the most of his evil reputation, eliciting good old fashioned boos and hisses in Act 2. And of course there is a dashing and daring Robin (Ciaran Kellgren), though occasionally this character (and his costume) did feel more like Robin the hoodie!

I much preferred the second half of the play. There was more action, more comedy, a very clever archery competition, better pace and quite a lot more audience engagement. The fight scenes throughout were excellently choreographed and exciting, and the most was made of the striking set that used the full height of the stage to excellent effect. 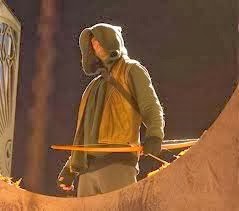 So not quite for me the magical experience of last year, but an enjoyable tale of ended on a high and engaged young and old alike. (As long as you ignore the childish audience members who kept muttering 'riding through the Glen' every time Robin Hood's name was repeated twice, which happened quite a few times in the script – sorry!)
Posted by Alison at 12:51