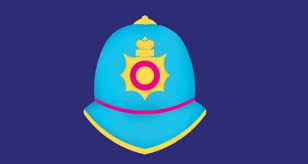 As Andrew works his way through evidence boxes surrounding him on stage, he recalls  snapshots of the brother's lives together. This play is in turns complex, coarse, touching and shocking as the flashbacks built up into a record of two lives that could have had a different ending had a better support system been in place. Both of the actors do an excellent job portraying their roles, the complexities of their characters are  evident. Whilst Gary is the 'bad boy' who gets into trouble constantly and Andrew is the 'gifted student' both have more depth than that.

Gary, possibly with some mental health problems, longs for acceptance from his brother and searches for friendship and companionship, albeit often misguidedly. Andrew cares about his brother but cannot acknowledge it and loses sympathy for his extreme behaviours. Ultimately Gary is very lonely and scared, putting trust in the wrong places, but you do feel that with better support structures once he entered the criminal justice system, the outcome could have been very different.

Whilst Andrew is intolerant of his brothers actions, his shocking death affects him deeply and the heart of the narrative is him trying to make sense of the series of events that led to it and his conflicted feelings towards his brother.

Ultimately, this is a tale about love, as its title suggests. Well written, strongly performed and deeply affecting, this was one of the highlights of the festival for me.
Posted by Alison at 12:28