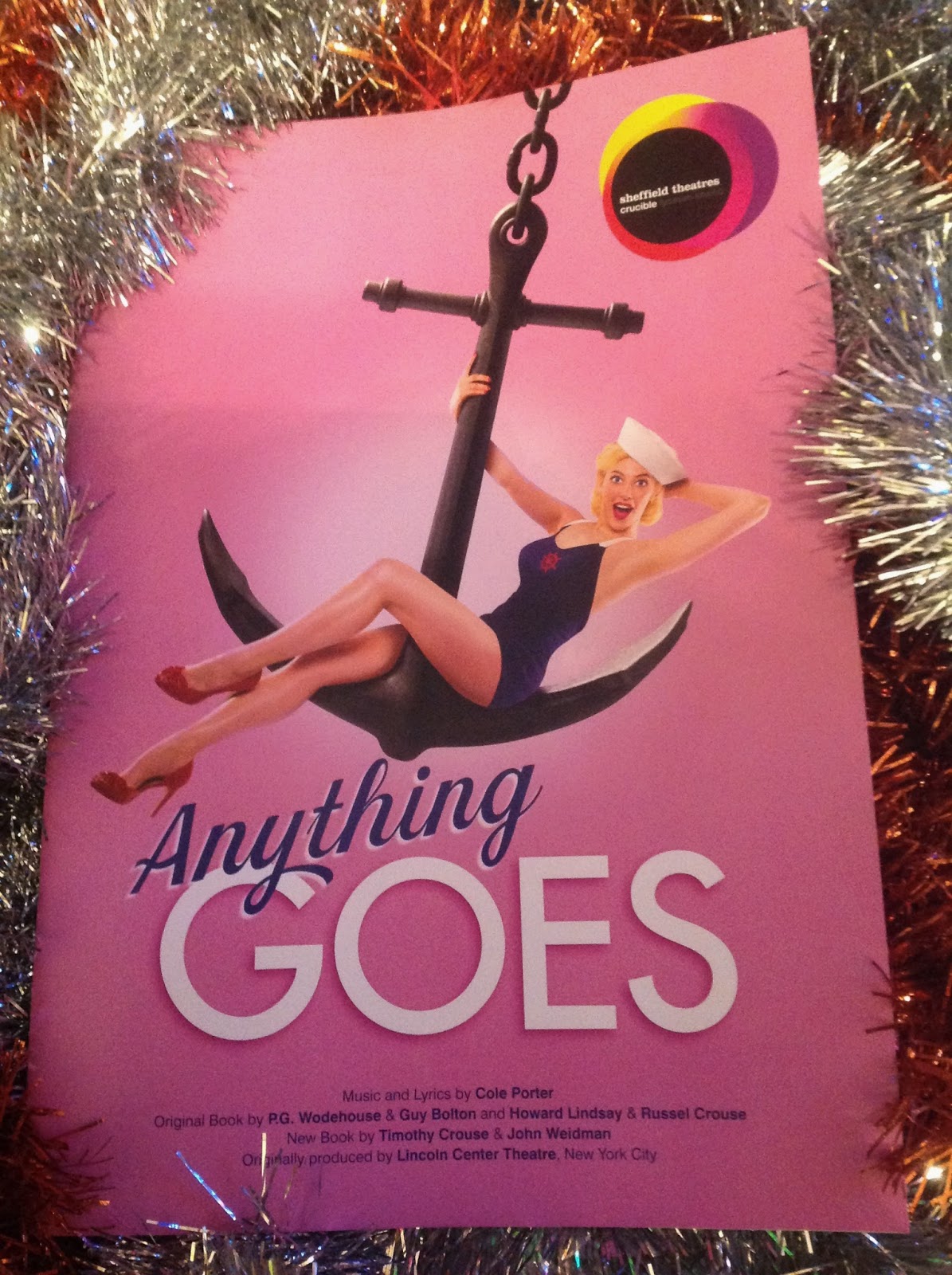 It's become a bit of a tradition for me to travel over to Sheffield to take in their Christmas musical offering. Call it a Christmas present to me from me! It always delivers a memorable festive treat, and this year's offering of the Cole Porter musical Anything Goes doesn't disappoint.

The first thing that must be mentioned is the fabulously creative set design from Richard Kent, all 1920's glamour, with an inventive and stunning recreation of the ship's deck folded at right angles, which is used to great effect by the cast throughout with its multiple entrances, multilevel performance spaces and even a tiled swimming pool, it really has to be seen to be believed. I was seated quite close to the stage for this production and the detail was amazing. The lighting and costumes are equally sumptuous making this a real visual treat. Add in an excellent orchestra and you have all the basics for a great Christmas package. 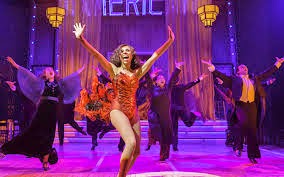 As I have come to expect from director Daniel Evans Christmas productions, there are some breath-taking ensemble numbers, including the first outing of Anything Goes that rounds off Act One and created a massive audience buzz in the interval, and the energetic rabble rouser Blow Gabriel Blow which ramps up the energy again in Act Two. At the centre of both of these, and many other highlights, is Debbie Kurup as Reno Sweeney, an amazingly talented all-rounder who lights up the stage (and boy can she get her legs high!)

Another scene stealing performance comes from Stephen Matthews as Lord Evelyn Oakleigh in Act Two as he finds his inner gypsy in quite dazzling style! Zoe Rainey and Matt Rawle as the lovers Hope and Billy make a nice pairing, both in the comedy moments and the more romantic interludes. The rest of the cast (which is huge!) whilst too many to list, are all brilliant, working incredibly hard to deliver such an energetic, slick and enjoyable production. 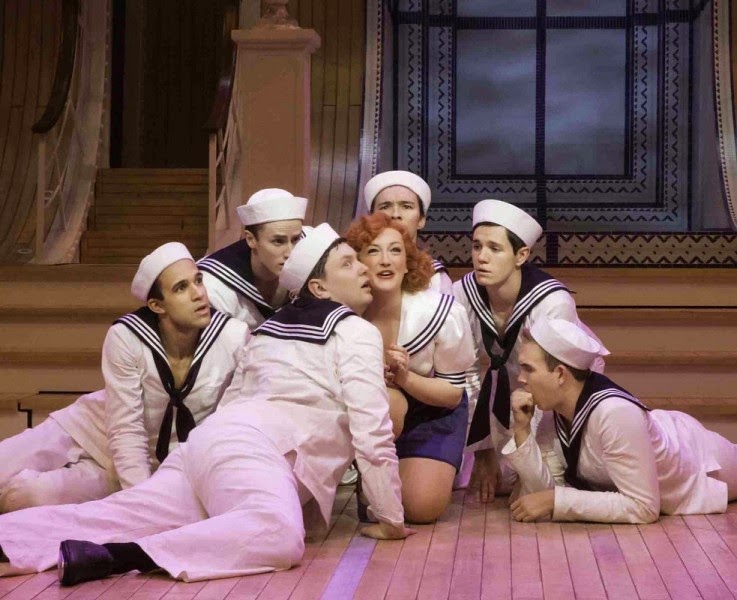 If I'm completely honest and very picky, this didn't blow me away quite as much as some of the musical productions I have seen at the Crucible, but I think that is the fault of the story rather than anything else, it is quite weak, especially in the first act, and really serves as an excuse to bring together some wonderful songs and show stopping production numbers.

Notwithstanding that minor quibble, I once again had a wonderful Christmas trip over to Sheffield, left feeling all joyful and festive, and was still humming the songs and wishing I could tap dance long after I had travelled back across the 'border' to my home. Well done all, it really was 'delightful and de-lovely' and I definitely 'got a kick out you' 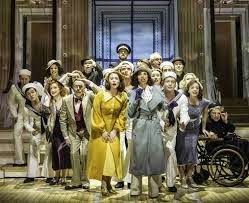