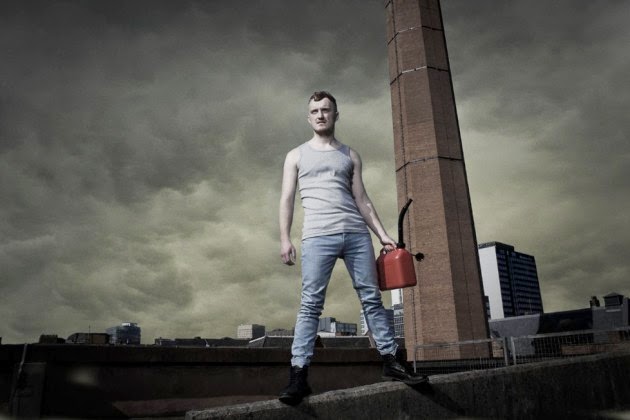 Whilst Home (yes, it still pains me to type that as I haven’t yet come round to the new name for the former Library Theatre Company and Cornerhouse) is still in the process of constructing their new home in Manchester, they mark their formation this year with three site specific productions across the city. The first of these is Angel Meadow, which has been publicised by striking advertising across the city, including one that has been welcoming people exiting Piccadilly station in less of a ‘welcome to the city’ and more of a ‘come and have a go if you think you are hard enough’ fashion for the last month.

For this production Home have tempted Anu Productions over from Dublin. The programme blurb says this about their approach to performance, they ‘use immersive entertainment to create shared intimacies between audience, place and performer’ and boy did they deliver on that with this gritty, brutal, emotional but energising production, that contrasts the modern gentrification of the area, with the darker underbelly of its recent history and the Irish immigrants that lived there. 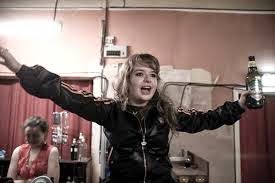 Set in Ancoats, not far from the Angel Meadow of the title, each performance has an audience of just eight, and, apart from the very start and the end, even this small number is divided further throughout the course of the event, sometimes in small groups, sometimes one on one, with every participant having a slightly different experience dependant on the route they are guided and the places they visit.

Our nervous group gathered in Cutting Room Square, to be met by a representative from the development company that has plans to renovate one of the buildings into flashy bespoke loft style apartments. We are ushered into a slick marketing suite and the pitch begins, but this is soon interrupted by the aftermath of a sickening act of violence as young Hannah May (Caitriona Ennis) bursts into the room pleading for our help. We are then plunged into her world for the next hour as we have various intense encounters in a run down pub, encompassing themes including gang violence, the pain of bereavement, abuse, the meaning of family but also love and a yearning for compassion and connection. 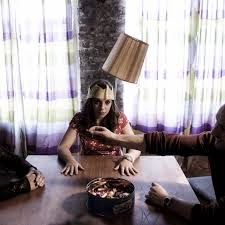 This was an amazing experience from start to finish. I quickly found myself completely immersed in this compelling production. It really brought out the protective side in me, from wiping the blood from the face of a vulnerable and trembling young girl, to snatching a damaging substance from the hands of a damaged woman, and facing off to a bullying thug, I was in turns amused, horrified, scared, angered and upset. I have never experienced quite such an emotional response to a theatrical event before and I feel very privileged to have been a part of this one. 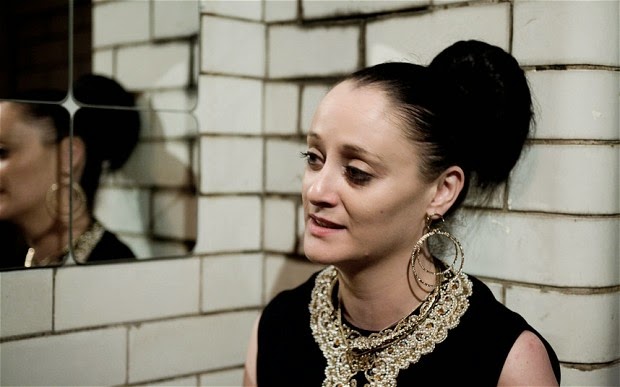 The stage management of this experience is outstanding. The co-ordination that must beinvolved in all the splitting and reforming of participants must be complicated, not in the least because the event lasts an hour, but the following group starts half an hour after you so there must be two groups on the go at the same time but paths never cross. The sets are also fantastic and full of detail, right down to the remains of the crisps mixed with fag buts and dregs of drinks in the run down bar that the final part of the performance takes place in. 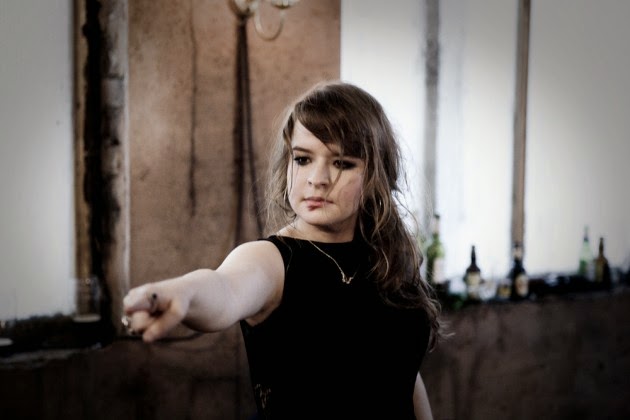 The cast are all amazing and give intense, believable and heart wrenching performances. It can’t be easy not knowing how an audience member will react, especially in such intimate circumstances, but they judge it perfectly. Particularly memorable were Laura Murray as the bereaved and broken widow Angel, and the young boxer (Lloyd Cooney I think) defending the honour of his people but with a vulnerability that was very touching. But the star player award has to go to Ennis as Hannah May, she was simply amazing. Such an energetic, complex and convincing portrayal and one which must have been completely exhausting to deliver at that level multiple times per day. 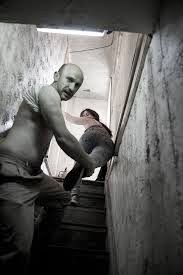 If Home wanted to make a statement as they entered the Manchester theatrical scene they certainly managed it with this astounding production. It stays with you long after you leave the performance, the characters and the situations were so powerful and so cleverly portrayed you can’t get them out of your head as you try to process what you have just been part of. My only complaints were that I wasn’t ready to leave and I wanted to go straight back in and experience its uniqueness again. Massive congratulations to everyone involved in this, I am so grateful I got to be part of it.
Posted by Alison at 13:34