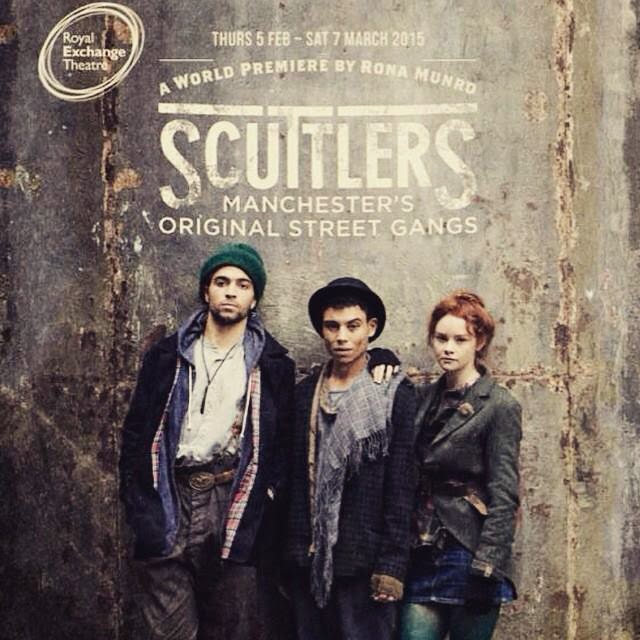 Royal Exchange Theatre's latest offering is a new play by Rona Munro, Scuttlers, offering a glimpse into the gang culture of 1880s Manchester. The scuttlers of the title are the members of the gangs, regularly involved in skirmishes, with rival gangs and each other, and petty crime in a bid for power, status and respect, but also, as this play touches on, a need for belonging and a 'family' against a background of poverty, violence and overcrowding. 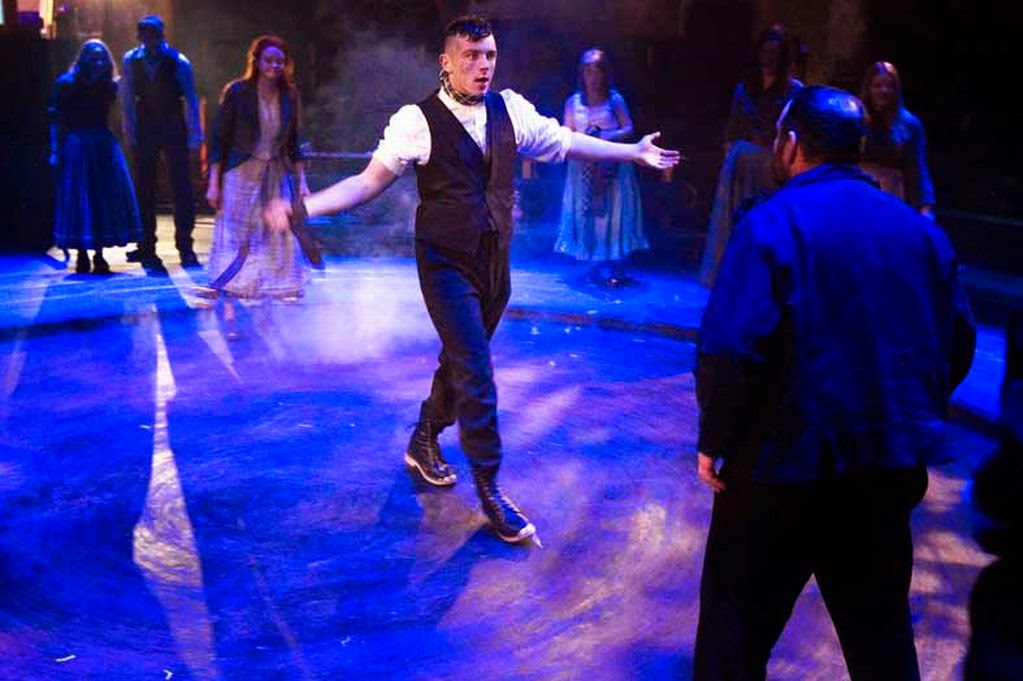 A striking and effective set has been created for this production, with a central feature representing the looms of the mills, which later rises to form an almost chandelier like structure 'looming' overhead, this combined with an excellent thumping soundscape, and dark oppressive lighting, and yes at one stage the famous Manchester rain, effectively set the mood for the piece and help to maintain the tension throughout.

As you enter the theatre space the workers are already hard at it in the mills, threads fall from the ceiling, machinery screams and clatters and there is constant movement. The Exchange has once again made use of a community ensemble for this production and it really adds to the piece as they are involved throughout, giving a sense of the overcrowding and chaos, and helping each scene to blend seamlessly into the next. The bar scene and rival gang face offs were particularly well choreographed, and with such a large cast in such an intimate space it had the effect of drawing the audience even more into the action. 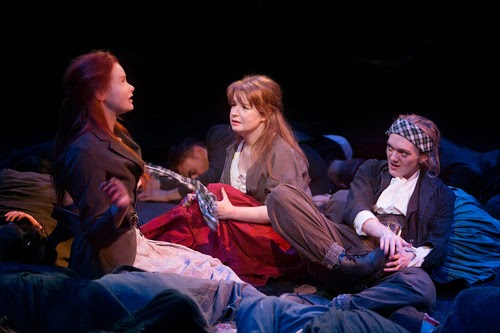 Of the central cast the script gives the female characters more chance to shine, the male characters seemed to be less substantial, although this may have been deliberate as the natural path when creating this work may have been to focus on the 'leaders' and the female focus offers an alternative lens. The central trio of Theresa (Rona Morison), Polly (Chloe Harris) and Margaret (Caitriona Ennis) were excellently played. Theresa the 'mother' of the gang, spiky and ready to fight but with a protective core, Polly the androgynous 'tiger cub' constantly spoiling for a fight and wanting to be one of the boys, and the lost and vulnerable Margaret, escaping violence at home and looking for purpose and belonging. I was particularly pleased to see Ennis in the cast following her amazing performance in Angel Meadow last year and she didn't disappoint, perfectly balancing the complex and vulnerable character of Margaret, especially touching in her scenes with the nurse Susan (Anna Krippa) who sees the potential for something more in her. 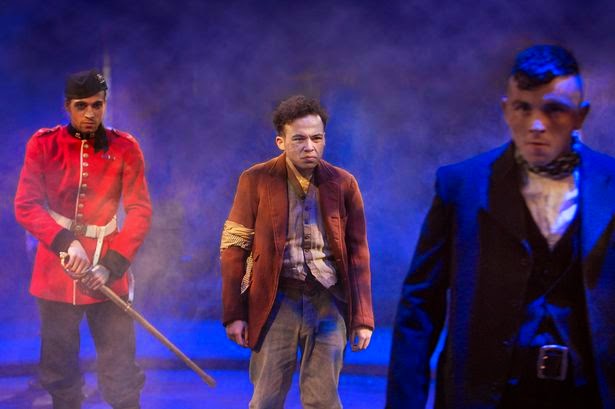 The plot itself is a little predictable at times, especially in terms of the link between the rival gangs, and the final gang confrontation, although effectively staged, felt a little rushed. I also remain slightly undecided about the final scene that contrasts the history with the present, the point it was trying to illustrate was a little lost on me although it was nicely done.
The play moves along at a relentless pace with the tension maintained throughout, in fact I wondered if cuts had been made as it came in well short of the time advertised on the Theatre's website. The pace, staging, design and performances combine to deliver a very powerful and involving experience, and a refreshing addition to the Exchange's season.